Bryanna Frias shared the interests of a lot of teenage girls.  She loved social media, make-up, and dreamed of becoming a model, but Bryanna lived with Sickle Cell Disease, a blood disorder that causes red blood cells that are normally shaped round to become crescent-shaped.  Red blood cells carry oxygen to every part of your body, but when they are misshapen, they can get stuck inside smaller blood vessels. This keeps blood from flowing to important organs like the brain, heart, and kidneys that need constant blood flow to work properly.

Sadly, Bryanna Frias lost her battle with sickle cell and died last February, and it made international news.  Bryanna was the step-sister of pop singer Jordin Sparks, and that shed light on this disease that plagues so many people.  I spoke to Bryanna's mom Veronica Frias about her daughter and Sickle Cell Awareness, and she recalled the day she found out about her daughters health.  "When she was born and before we went home from the hospital, they took a small sample of her blood and sent it for testing through the Department of Health. About one month later, I received a bright pink pamphlet that alerted me to make an appointment with a hematologist because my daughter had tested positive for a form of sickle cell."

A sickle cell diagnosis did not deter Bryanna from living her life, even though she was frequently in the hospital.

According to Veronica, "When she was well, we did everything to live that way, and when she was ill, we approached it as, we will be out soon and back to our normal."

Ms. Frias describes sickle cell as an individual disease and explains that no two people will exhibit the same symptoms. "Children with sickle cell are often not seen as sick because the symptoms tend to be more "internal" and "unseen", but sickle cell comes with crippling pain and a host of complications. Children with sickle cell have the same hopes and dreams as any other child. For my daughter, her sickle cell was always her "normal" but she led anything but a "normal" life. There were frequent hospitalizations, follow-ups, treatments, medications and navigating of the healthcare system and the educational system. "

Veronica advises parents of children with sickle cell to be their child's advocate. "Only you as the parent know what is your child's "normal". You are with your child day in and day out and so you know the difference in energy level or the difference in degrees of the illness. Stay informed, research and never be afraid to ask your doctor questions. I would carry a composition book where I would track her medications. You are an integral part of her care so don't forget that."

Ms. Frias wants her daughter to be remembered "As a brave, strong and beautiful young lady that despite the mountain of obstacles before her she always wanted to be treated like a "regular" child."

What You Need to Know Facts About Sickle Cell Disease

- Sickle cell is not contagious.

How Did Sickle Cell Evolve?

According to the American Anthropological Association, the gene variant for sickle cell evolved as the bodies response to resist malaria.  "In the malaria belt regions of Africa, the Middle East, Southern Europe and South Asia, this gene variant flourished because the benefits of malaria resistance outweighed the negative impact of sickle cell disease.  Sickle cell is found more frequently in persons of Middle Eastern, Indian, Mediterranean and African heritage because those geographic regions are most prone to malaria.  The gene variant for sickle cell disease is related to malaria, not skin color."

Donor marrow or stem cells can come from a family member, an ideal match would be a full sibling.  It can also come from unrelated marrow, a stem cell donor, even umbilical cord blood stem cells. 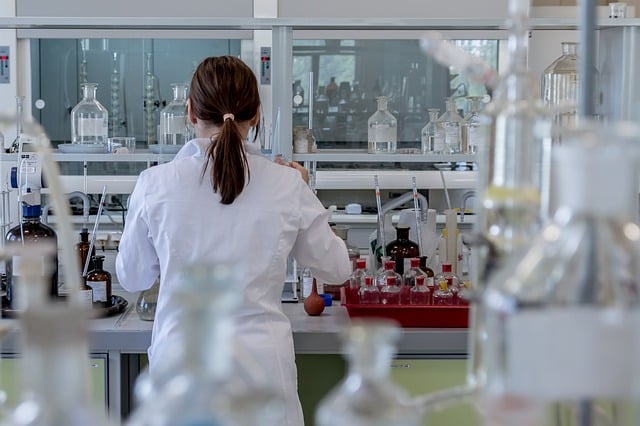 Dr. Kim states, "At some point, stem cell transplant or gene therapy may be able to be performed in utero. Currently, gene therapy and gene editing strategies for sickle cell are only available as part of clinical research trials."

For Free News & Event Info Sent To Your Inbox Join Mac Kid Click the Link Below!